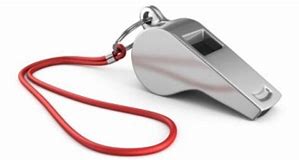 Vance was born in Alpine, Texas to Burt and Patricia Slater. He went to Permian High School. He worked at NATCO for more than 20 years. Some know him as son, brother, Dad, or friend.  Some will remember him as Coach Slater. He coached many, including his son, for many years.  He loved his players and always wanted the best out of them. He was the type of coach that would teach you how to love the game, not just play it. He was the type of friend that would help you out when you were down on your luck. Vance also knew more about sports than most. He followed all the big players and could almost always predict the final teams each season.

Vance is preceded in death by his Mother, Patricia Slater Cosper of Odessa; Sister, Melodie Smith of Waco; Stepfather, RC Cosper of Longville, Louisiana; and a Stepbrother, Mike Cosper of Dallas.

Memorials may be given to the charity of your choice in leu of flowers.

To send flowers to the family or plant a tree in memory of Vance Arthur Slater, please visit our floral store.