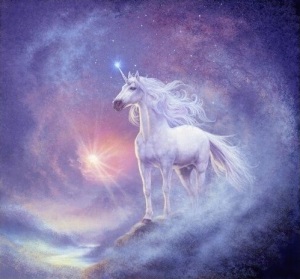 Lisa Rose Jackson, 62, has also gone to be with our Heavenly Father on August 23, 2020, at Sienna Nursing and Rehabilitation, after a long and lengthy illness.

At Lisa’s request, there will be no viewings, and any service or memorial will have to be held at a later date.

Lisa was born on August 28, 1957 in Oklahoma City, Oklahoma.  She was the daughter of Richard P. Martin and Vernadine Rose Martin.

Both of her parents have already long preceded her in death.

Lisa married Monte Jackson in June of 1976.  During their 22 years of marriage they had Keisha Rachell and Keaton Monte.

Lisa and Monte separately, remained parents and friends the best way they could, for Keisha and Keaton until their deaths.

Lisa loved collecting Unicorns.  She was a very outgoing woman.  Our entire family enjoyed watching NFL football.  Lisa thoroughly enjoyed cheering for the Dallas Cowboys, but her favorite team was the Denver Broncos, and in all honesty, I believe it was only to aggravate my Dad.  She also enjoyed traveling and having the good things in life and definitely lived life on her terms.

Her greatest accomplishments were her children, Keisha and Keaton, along with her only two grandsons, Colton and Camron.

She was also motherly to Randy and Tyler Whitehead, from a long-term relationship with Michael Whitehead, after her marriage to Monte.

Lisa was alone in 2011, when she suffered an unknown, tragic accident that left her with partial paralysis.  Lisa was a very determined woman and even with her injuries she managed to maintain a well enough quality of life for herself, along with the help and care from the staff at Sienna Nursing and Rehabilitation until her health began to decline over the last 5 weeks.

Lisa is preceded in death by Monte Joe Jackson, the father of her two children.

Lisa is survived by her daughter Keisha Rachell, Kris, and her two grandsons, Colton and Camron Keese;

and her son, Keaton Monte.

She is also survived by her long-term partner and friend; Mike Whitehead, and his sons, Randy and Tyler.

She also leaves behind many long-distance relatives as well as many, many friends.

She was loved no matter what and will be dearly missed.

To send flowers to the family or plant a tree in memory of Lisa Rose Jackson, please visit our floral store.

Family to do services at later date