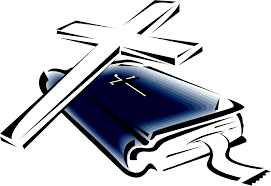 Jim was born May 8, 1944, in Poteau, Oklahoma, as a surviving twin to James Claud and Dorothy Gilreath McKown. He is the younger brother to Joyce McKown Branson.

Jim married Sandra Lynn Corriveau in 1966. They began their life together in Globe, Arizona and later moved to Odessa, Texas, where they have resided for over 40 years. They are the parents of three sons; Scott, Michael and Daniel.

Jim served his community as a law enforcement officer for many years. He also taught at the police academy in Odessa, Texas.  Jim had a great love for his “brothers in blue” and established many friendships in the community.

Jim was an active member of The Church of Jesus Christ of Latter-day Saints, where he served in various positions. He was a devoted husband and father.

Funeral Services will be held Saturday, November 26, 2022, at 11:00 AM, at The Church of Jesus Christ of Latter-day Saints, 5401 John Ben Shepperd Parkway, Odessa, Texas. Interment with Military Honors will follow the Funeral Service in the Sunset Memorial Gardens Cemetery, 6801 E. Business 20, Odessa Texas.

To send flowers to the family, please visit our floral store.