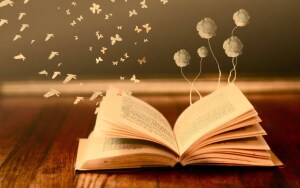 Memorial Services will be held at 10:00 AM, Tuesday, November 17, 2020 at Sunset Memorial Funeral Home Chapel in Odessa with Reverend Tommy Culwell officiating.

Debbie was born August 3, 1954 to Eva Mae and Earl Boomer in Snyder, Texas.  She moved to Abilene as a young girl where she graduated from Cooper High School in 1972.  She attended Hardin-Simmons University for one year and then received her RN degree from the Mary Meeks School of Nursing in Abilene in 1975.

On July 22, 1978 she married Kelly Autry at Caps Baptist Church in Abilene.  The couple celebrated their 42nd wedding anniversary this past July.

Debbie and Kelly worked together for most of their married lives.  From 1982 to 2005, they operated the Autry Family Ranch in Crowley County, CO.  From 2006 to 2011, they were managers of the Pueblo Regent Retirement Community in Pueblo, CO.  In 2011, they moved to the Odessa/Midland area to be near two of their children and have managed Airline Mobile Home Park in Midland since 2012.  While living at the Ranch, she was also the school nurse for the Crowley County School District.

Debbie loved spending time with her family, instructing them in the “Debbie” way of doing things and teaching her beloved granddaughters how to cook.  She enjoyed gardening, was an accomplished tole painter and spent hours crocheting afghans for her family.  She also enjoyed singing praises to God, having sung in several different church groups over the years.

She is preceded in death by her parents, Eva and Earl Boomer; brother, Dennis Keith Boomer; and father-in-law, James Autry.

To send flowers to the family or plant a tree in memory of Deborah Boomer Autry, please visit our floral store.


Video is available for this event