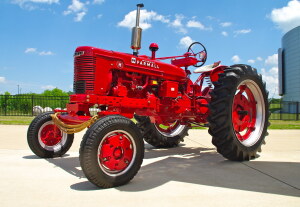 David Morrell, 73, peacefully passed from this life on Sunday, January 22, 2023.  He was born to “Tommy” and Garland Morrell in Shreveport, Louisiana, where he lived until moving to Goldsmith, Texas in 1961.  David graduated from OHS in 1967.  Staying in the Permian Basin after graduation, David worked as an electrician and eventually as an electrical manager for multiple companies including Saulsbury Industries, Ref-Chem, and Tessco.  In 2003, David left his position as an I&E Superintendent for BE&K Construction to open his own company, Window World of Midland-Odessa.

The family will always remember David as the eternal hobbyist and dedicated Dallas Cowboys fan.  He enthusiastically dabbled in music, motorcycles, NASCAR, boating, RV’ing, and farming.  His lifelong hobby was collecting firearms and shooting paraphernalia. Throughout the years David was involved in competitive shooting and associated organizations.  His choice of competitive division, cowboy action shooting, was just like the old westerns often found playing on his back porch television. If he wasn’t watching the Dallas Cowboys play, he was watching the cowboys on the silver screen. David enjoyed visiting with friends and spending time with his loved ones, especially when given the opportunity to be a little bit ornery and give someone a hard time. If he didn’t pick at you, he didn’t like you that much.

He is preceded in death by his parents, brothers, Kenneth and George; sister, Janie; and son, Jason.

To send flowers to the family, please visit our floral store.

Video is available for this event